“My Voice, our Equal Right”

Every girl born has her own voice unless or until it is suppressed by someone and told to her that it is not her right to make herself being heard. Every year on October 11th, an annual campaign is launched by the UNICEF with girls, to raise their voice and make themselves have the equal right to do everything, making the world a better place to live in for the girls.

Raising the voice alone will not help. The voice needs to be heard, especially by the opposite gender, and they should understand that there is no big deal being a girl or a boy. It should be heard by the same gender too, i.e. the women, helping out each other and making a way for each other to rise above.

Gender equality is the need of the hour. There is nothing that a male can do and the female can not. It is all about the way they have been brought up and taught to deal with life. Teaching our sons is as important as teaching our daughters that both the sexes are same and one can or should not over power the other. If that is being done we are ruining the society we live in.

There are many examples of great ladies like Mother Teresa, Kalpana Chawala, Kiran Bedi, Mary kom, Indra Nooyi, Sania Mirza, PT Usha and many more who did not look behind and went to do what they were meant to be. May be they were stopped, or may be not, may be they just did not listen and they did what was the right thing to be done. The voice needs to be heard. It needs to be loud and clear enough to tell that, yes, I am as important as you are, and I can do anything that you can do, or may be even more than that.

Kids are like empty notebooks, be it a girl or a boy. We need to teach our daughters to be bold, strong physically and mentally so that no one can think of ruining them. And if anyone tries, they should know how to get back on their feet and teach the other person a lesson, so that the same is not done to another girl. Same goes for the boys, we need to teach our boys the respect they should give to another human being, no matter it is a male or a female. That is a world we should look for in the future generations to come.

So what do we need to do, to make our daughters learn to raise their voice?

1. Confidence: Making them confident for what they are is the key. Tell them they are the best thing that happened to you, tell them how special they are and how much you value them.
2. Don’t make them the delicate darlings: Do not let them be the delicate darlings of the house, there is nothing wrong in playing with barbie dolls, and reading fairy tales, but a prince holding a fainting princess and making her all better is not what we are looking at. Instead make them bold and tough. Make them strong, both mentally and physically. So what if the muscle strength is less, taught and trained in the right way there is nothing those muscles can not do.
3. Refrain from putting labels: Many times we label things saying this is what a girl does, or a boy does. That should not be the case. There is nothing as such the opposite gender can not do. Say the house chores, girls are not the ones entitled to them. Anyone can fold laundry or cook food for that instance. The work should not be divided based on any gender.
4. Praise your daughters behavior or intelligence rather than her looks alone: A girl is more than the make up and the good looking clothes. She has a brain, a character, reasoning, value to relationships, common sense, dignity, intelligence, charm, ideas of her own, her choices, her dreams and the list is endless. Praise what she does rather than just how she looks.
5. Give her the freedom: Give her the freedom to live her own life. Give her the freedom to decide what she wants and what she doesn’t. Guide her, but don’t force her. Make her believe that you believe in her and she will do what she should do, and what is right for her.
6. Let her express her emotions: Let her express her emotions at a young age itself. Tell her sharing is good, and crying is not bad. It will help her be more strong to cope up with things in life.
7. Listen to her: And most importantly, listen to her. Listen to what she wants to do, or what she has to say to you. As that is what will give her energy and determination to do what is right for her.
8. Make her financially independent: Teach her to be financially independent and tell her she does not need a man to take care of her finances. Tell her she can be self sufficient to deal with her own financial issues in life.
9. Trust her: It should not be difficult to trust a human being you have raised yourself, as she will be having all the values and the lessons you have taught her. The trust you show in her will help her gain even more confidence in life and do wonders.

As parents it is our responsibility to stop discriminating between a girl and a boy child, and instill in them the quality of equality. Big organizations like UNICEF are doing their best to make the girl child get the same position in the society ignoring any gender bias, but as parents the moral duty is ours to teach our girls to raise their voices and being heard and teach our boys to accept the truth that they are not a superior gender but everyone should be treated equally. This might make a difference.

Pink or Blue: The Gender Discrimination! 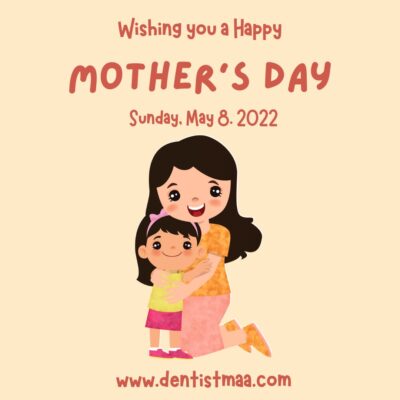 Facebook10Tweet0Pin0 Are you looking for reasons why you should be reading to your child, especially when the child has not